Concerts are so much fun that even the anticipation of attending one is a festivity in its own right. Handing a person a piece of paper or sending an electronic ticket doesn’t quite generate the same degree of anticipation as these more creative ways to buy concert tickets and give them as a gift.

How to Gift Concert Tickets 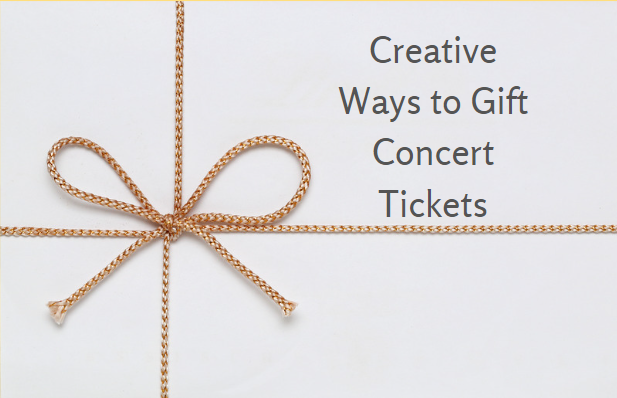 This method is probably the most obvious and straightforward way of presenting concert tickets as a gift. This presentation is also ideal for someone who prefers simplicity and isn’t into all the pomp and circumstance of the more creative options that follow. Just write a letter or give a card that incorporates the artist or band somehow — whether with song lyrics, a picture of the artist, or even just the time and place of the event.

If you’re gifting the tickets at an actual party, you can put them inside a balloon and then pin it to a cork board along with other balloons for a game of darts. Behind the additional balloons can be other fun gifts like funny socks. When the special balloon pops, the tickets will be revealed.

Alternatively, you can tie the tickets to a helium-filled balloon and stuff it in a box with other helium-filled balloons. Wrap it like any other birthday party gift, and watch as the balloons rise up when the person opens it. If no one at the party notices the one balloon with something tied to it, you can point it out yourself and have the guest of honor retrieve and open it.

Show the person a quiz you (allegedly) received in the mail that offers concert tickets for the first X number of people who submit all the correct answers. Ask for their help filling it out, offering to give them the other ticket if you win. Then, after a few days, you can bring over the envelope with a letter of congratulations and the tickets inside.

While you and the person are shopping in a store, ask an employee or manager to announce over the speakers that the person just won tickets to that show. This presentation is often accompanied by applause from the other shoppers.

5. Give Away Concert Tickets By Radio Show

Call the person pretending you’re the host of a radio show, and they’ve just won tickets to that concert. This presentation is best if your friend actually listens to the radio. If you don’t know which station your friend listens to, however, then, sometime during the questioning, they’ll invariably start about how they weren’t even entered in the contest, and you can reveal the prank.

Instead of presenting the person with something good, fake them out first with something bad. This is perfect for parents buying concert tickets for their children. For example, a parent can confront a child about a bad report card, a call from their teacher, or breaking the rules. You can, then, reveal the prank with the concert tickets inside a back-to-school gift. This technique also works great with best buddies, significant others, and siblings. Of course, for this method to go over well, the person must have a really good sense of humor. And, it helps if pranking is already part of your rapport.

Scavenger hunts are not just for kids (though this is a perfect way to gift concert tickets to a kid). They’re also for kids at heart. Set up a fun scavenger hunt with the tickets as the final prize. You can design the hunt around the concert, dropping little hints and clues, like lyrics from one of the band’s songs, a bobblehead of the artist, or band-themed drinkware gifts. Don’t give it away, though. You want to build up the anticipation for the big reveal.

By “mystery,” we mean the tickets aren’t even inside the basket. Instead, make curated gift boxes or baskets filled with items related to the band or artist, like pins, stickers, liner notes, action figures, postcards, etc. Then, after the person has examined each item in the basket, if they haven’t yet figured it out, you can say, “There’s one final item…” and pull out the concert tickets.

If your tickets are on the balcony or an upper tier, you can gift-wrap a pair of binoculars and present it. When the person opens the gift and looks at you confused as to why you gave them binoculars, you can give them the tickets in explanation.

If you like to write, pen a poem and present it to the person. Make them read it aloud, so when they get to the last line about going to the concert, you can hear the surprise and glee in their voice.

Instead of all this hullabaloo, you could just tell the person to save the date and nothing else. Then, on the day of the concert, take the person to the venue without telling them where they’re going. This method builds a different type of anticipation — that of not knowing what’s happening, only knowing that it’s something good. And it pumps up the element of surprise to a hundred. If the person doesn’t guess where you’re going, they’ll certainly be wowed when they see the marquis as you’re driving up. This method is perfect for someone who loves surprises.

So, the next time you buy concert tickets for someone, kick it off with an opening act to remember. Don’t just hand the person the tickets; make the act of gifting them part of the show.

Unique Gifts for Everyone 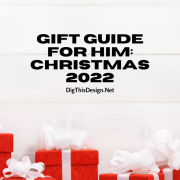 canva How to Pick the Best Boyfriend Present For Christmas?
0 replies

7 Things to Consider When Choosing Your Dream Home