When you have a small dwelling, perhaps one of the most challenging issues you’ll face is how to build your tread staircase. The structure often takes up a lot of floor area and volume. Fortunately, there are alternatives that you can try, particularly the alternating tread stair design.

What is Alternating Tread Stair Design?

Alternating stairs also feature a staggered step design that increases tread depth at steeper angles to save space. They make the perfect applications for equipment access, conveyor, crossover stairs, and work platforms. However, it can be applied anywhere to a building or home that doesn’t have space for the standard stair design.

Alternating stairs is not that common in the US; that’s why you won’t see it in most homes or even small apartments. This is probably because of the fact that it requires strict code requirements for stair construction.

The OSHA defines an alternating stair as a kind of stairway that consists of a series of treads, typically attached to center support in alternation such that a person won’t have both feet on the same level when using the staircase.

Here are the must-haves to meet OSHA safety standards for alternating stairs:

The side-mounted handrails can be a guardrail fall protection. Because of this, alternating stairs don’t require fall arrest systems.

The OSHA also sets the standards for how an alternating stair can be used by employers. This type of stair should only be used when you can demonstrate that it’s not feasible to use a standard stair typically because of space restrictions.

The International Building Code (IBC) also has some requirements for an alternating tread stair.

In addition, the IBC also has some strict requirements for how this type of stair can be used as egress.

The IBC also allows the exception to have used an alternating tread stair for access to the roof from the top story. Also, this exception allows access to unoccupied roofs to be a trap door or a roof hatch.

In simpler terms, an alternating stair that extends through a roof hatch is a common method of accessing unoccupied roofs.

The Advantages of Alternating Tread Stairs

An alternating tread stair functions much like the traditional stairs but offers more comfort and safety.

When going up and down a regular stair, each foot only uses half of every tread. On the steeper ship stairs, the unused half step becomes an obstacle as it reduces usable tread depth.

However, for an alternating stair, the unused half of each step is gone to provide more usable step depth. This results in greater comfort and safety with your foot fully stable as it steps onto each tread.

On the traditional stair, each foot only uses about half of the tread, stepping over the unused sections. On the alternating tread, the stair can eliminate the unnecessary gap, which reduces the horizontal run and opens up the floor space.

Safety professionals from various industries choose the alternating tread stairs for applications with space limitations. Alternating stairs are used extensively in most workplaces and factories as they’re easier and safer to use. It can be used to access the mezzanine, the roof in crossover systems, or mechanical equipment.

In addition, this type of stair is less risky than the wobbly ladders. You don’t need fault protection or even harnessing.

The Disadvantages of Alternating Tread Stairs

One of the major cons of this stair design is the potential of having a serious fall. It requires patience and practice as a lot of people are not used to using an alternating stair. With the insufficient space on the narrow portion of the tread for the other foot to stand, people should always use the correct foot on the correct tread.

Due to this, this kind of stair is not always ideal for public places due to the possibility of accidents that could happen.

For spatial frugality, there’s no short ladder that can compete with an alternating tread stair design. While the tread depth and the rise from every step are the same as with a normal stair, with half of each tread removed, the run is significantly reduced by half. It’s as if the staircase had been squeezed from front to back. This makes it a more favorable staircase option for those short in space while still getting the functionality they need.

Have you tried an alternating stair design? If so, we’d love to hear from you in the comments below. Also, below are links to take you to more fantastic articles about ALL things DESIGN for your home or business.

How to Incorporate Windows into Your Interior Design

8 Tips For Designing A Good Floor Plan When Building

8 Ways to Add Character to Your Home 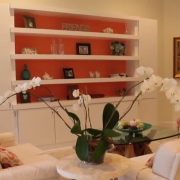 3 Reasons to Hire an Interior Design Professional For Your Project 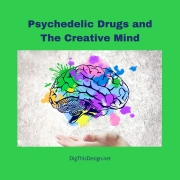 Psychedelic Drugs and The Creative Mind 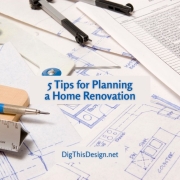 5 Tips For Planning A Home Renovation 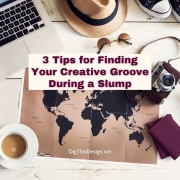